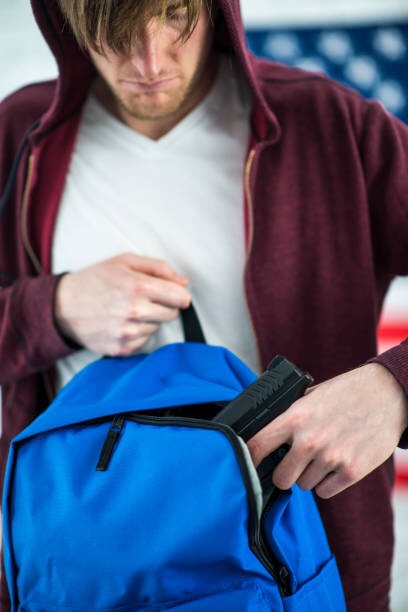 As a psychotherapist, this intrigues me. In undergrad I excitedly took classes such as Profiling Serial Killers, Understanding Mass Murder and The Anatomy of Violent Crimes. Yet, I had never been able to actually study someone in person so that I could better understand how to try to help others before they commit violent crimes as well as identify potential ticking time bombs.

With the nature of my job currently revolving a lot around criminal psychology, I end up talking to some of the worse of human kind on a daily basis. On a regular day I talk to murderers, rapists, child molesters and have even on multiple occasions attempted to talk to a hit man for a Mexican drug cartel accused of over a dozen murders. So far he has refused to talk to me or anyone else for that matter.

Without going into too much detail because this case is still pending, I would like to share some of what I have learned from talking to a school shooter.

The first thing I noticed about this particular school shooter was his small, non-threatening stature. He looked like your typical high school student, except there was no light behind his eyes. When he looked and talked to me, there wasn’t any emotion there.

I won’t go into if he has a mental illness or not, but he says he grew up in a family that was full of mental health issues, namely untreated bipolar disorder and schizophrenia. He says he was never physically or sexually abused, but witnessed a lot of family violence. As he says, his earliest memories are those of violence and conflict.

He had isolated himself at a young age. He didn’t feel attached or loved by his family. He had a lot of anger inside of him. He attempted to channel that anger by going into the military, but as a teenager he had gotten involuntarily committed to a mental hospital for a yet unknown reason, something that would later prevent him from joining the military.

Feeling even angrier, depressed and rejected because of that, he turned to Mixed Martial Arts as an outlet for his violent thoughts, but a knee injury caused him to have to stop training for awhile. It was during this time that his anger, depression and feelings of isolation grew and he started planning a mass shooting.

Planning included finding a way to legally buy a gun without a background check through a certain loop hole in the system. Planning included blending in with students of a high school he had dropped out of a couple of years ago, smuggling his weapon in using a musical instrument case and then going into the bathroom and putting on a tactical vest and gloves.

Before and during the incident, he reports he felt no anger or fear, just an adrenaline rush. He denies having any specific targets, any hate or anger towards any individual or group of people.

Although he says he feels remorseful, there are no emotions with his words. Yet he says the incident could have been a lot worse if it wasn’t for a girl’s screams that broke him out of his trance. He says it was her screams that made him feel horrible about what he was doing. Her screaming triggered memories of his childhood and made him and everyone around him, human again.

Some of the signs I’ve learned to look for from talking to him and studying other school shooters include:

While it’s too late to have prevented this incident, I do hope that by continuing to learn from this individual and others, we’ll be able to prevent future tragedies. As long as I have access to him, I will continue to attempt to understand the mind of someone who would shoot up a school in Parkland, Florida, a movie theatre in Aurora, Colorado, a church in Charleston, South Carolina, a restaurant near Nashville, Tennessee, a music festival in Las Vegas or a nightclub in my hometown Orlando, Florida.