When I first started this blog, I had no idea the number of people I would be reaching from not only across the country, but across the world! It wasn’t long before I started getting comments and emails asking for help with a multitude of issues.

As I started to answer questions and provide guidance and referrals, I realized that many people wanted more than a onetime interaction.

Many of them had situational problems and wanted help to solve that problem over the course of a few email exchanges. Others had more in-depth concerns and wanted ongoing contact with me to help move them to a better place.

It literally became overwhelming trying to keep up with all of the inquires, but at the same time, it was some of the most rewarding work I had done.

Just the yesterday I helped a mother and grandmother get their daughter/grand daughter involuntarily hospitalized due to frequent suicide attempts when they were frustrated and thought they had ran out of options. It felt good to be able to do the research, make the contacts and guide them to a resolution even though it was all through telephone contact and they didn’t live anywhere near me.

I realized through helping so many people that I needed to do something that gave these readers turned clients more. That’s why I started Embracing Your Inner Power, LLC (www.embracingyourinnerpower.org) and became a Certified E-Therapist.

E-therapy (electronic therapy/online therapy) is a growing form of delivering therapy that is just as effective as traditional in-office therapy in most cases, while being more convenient.

I had heard about e-therapy several years ago and over the years it has become more and more accepted and I can easily see why.

The family I helped just yesterday lived in a rural area, didn’t know where to turn or even really what they were asking for. I was able to not only help them identify what they needed, but I was also able to help walk them through the steps as they were driving to a graduation.

I’ve found and research suggests that online counseling can be even MORE effective than face-to-face counseling because clients are more relaxed and feel less intimidated than they would in traditional settings.

Don’t get me wrong, I still prefer face-to-face counseling when possible, but I have also embraced technology and the way people are interacting more and more today through social media, chat, email and text messages. People are also becoming more comfortable with technology assisted care.

I’ve helped people with anxiety disorders, social phobias, people who were too busy to drive to a counseling session or just not motivated enough to go to face-to-face therapy, but were willing to turn on their computer and communicate with me. Because of this, the missed appointment rates for online counseling is less than that of traditional counseling.

My main goal as a therapist and my main goal with Embracing Your Inner Power, LLC is to reduce a person’s distress, depression, anxiety or concerns by helping them build on the strengths they already possess.

I’ve found that I am just as effective doing that through online therapy as I am face-to-face. I’ve also found that the people I have helped probably wouldn’t have reached out for help otherwise if it meant physically going somewhere or even inviting a therapist into their home.

Simply put, online counseling works, especially when you’re paired with a therapist who, like myself, works with a limited amount of clients and therefore is able to deliver very professional and personal counseling and not canned or rushed responses and sessions.

Some of the benefits of online counseling include:

As a Certified E-Therapist, I am constantly working on making Embracing Your Inner Power, LLC, the best it can be and it is a work in progress. I am dedicated as always to helping individuals discover their true potential and am appreciative that this blog and my readers have allowed me to grow and share so much with them.

I’ve been able to help individuals and families from 6 continents and it’s been an amazing learning experience. 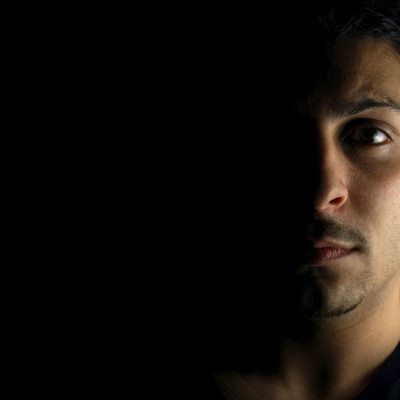 They believe that children are resilient and will get over or forget something traumatic that happened to them when they were one, two, three or four yeas old. Depending on the child, the traumatic event and what protective factors were or weren’t available to the child after the event, that child may suffer psychological damage for life.

A traumatic event creates an overwhelming feeling within a person where they are not able to cope and are left to feel as if they will be killed, seriously injured or psychologically damaged. The person may feel overwhelmed emotionally, cognitively and/or physically. This type of situation is common with abuse, entrapment, helplessness, betrayal, pain, loss and/or confusion.

Trauma is a very broad definition and includes responses to powerful one time events such as natural disasters like Hurricane Katrina and crime, deaths, and even surgeries.  It can also include responses to repetitive events such as combat, urban violence, concentration camps and abusive relationships.

The key component in trauma is feeling helpless and endangered. No two people will experience the same traumatic event the same. As a matter of fact, what may be traumatic for one person may not be at all traumatic to the next.

For instance, earlier this week I did crisis counseling with four female inmate workers who were out clearing road debris when a man came out of the woods with a machete and chased them back to the van. The man was apprehended, but the four women were brought to me to be evaluated.

Out of the four women, three appeared to be handling the situation relatively well, even able to laugh and joke about the incident while also describing it as terrifying.

One woman however, was obviously more shaken up. She sat nearly stone faced with tears in her eyes, not saying a word during the counseling session. I quickly learned that she was the last woman to make it safely to the van and was the one whose life was most in danger. She also has a history of mental health problems which may make her predisposed to developing signs of trauma which include:

Out of the four women, she is the one I most worry about and the one I will observe closes during the days to come to see how she processes this trauma and to help walk her through it if needed.

That is the interesting part of trauma and why trauma is defined by the experience of the survivor.  We can’t say one event will cause trauma and another will not or that one person will be traumatized by this experience while another will not. Trauma is too broad for such simple explanations.

It’s hard to go through life without being traumatized in some way. Most of us have experienced some type of event that has affected us either consciously or subconsciously. It could be the divorce of our parents, being bullied in school, seeing a pet die when we were young.

Many of us don’t even know we walk around caring these traumas with us or how they affect our lives.

For instance, a man whose favorite pet died when he was five may never like pets for the rest of his life and grow angry and anxious when his kids ask if they can have a pet.

These types of traumas are called “Little Ts” or “Little Traumas”. They do not have the severe impact that  “Big Ts” or “Big Traumas” usually have such as flashbacks, avoidant behavior, severe anxiety and nightmares that lead to a diagnosis of PTSD. Still, “Little Ts” can unconsciously disrupt our lives.

Most men I’ve worked with in anger management don’t even realize why they are so angry, why they hit their wives or bully their children. It’s only after some intense introspection that most of them can identify traumatic events in their childhood such as being bullied by their own father, watching their father beat their mother or watching their mother go through abusive relationship with one man after another, that they realize the reason they carry around so much anger.It’s once we deal with the root causes of their anger that they began to truly heal.

I myself as a child watched as my father often abused my mother. I never had any nightmares, flashbacks or anything that would make it a “Big T”. I never felt that my own life was in danger, but I did feel like my mothers’ life was.

Still, one of the affects it had on me was that for many years I thought that’s what love was. That if you loved someone you fought, made up and then fought again. It wasn’t until I was in college that I learned I was wrong. For many years, that “Little T” of watching my parents fight had me living in a world where fighting verbally and physically meant love.

A woman I counseled with was claustrophobic and afraid of the dark. She had no ideal why until one session we processed the fact that her older siblings used to play a game where they would lock her in a closet when she was very young. They thought it was funny, but she was tormented. She never viewed that as a traumatic event until years later, sitting across from me crying.

Trauma doesn’t have to be a negative word. Often times the way we respond to trauma, the way it changes us, the way we adapt to a traumatic event, is natural given the coping skills, circumstances and knowledge we have at the time.

The topic of trauma is too broad to cover in one post. I’ve actually been on a radio talk show discussing trauma twice within the last two months and will likely be on a third time because it is such a huge topic.

My bottom line for this post is to help others realize that you don’t have to go off to war or survive some horrific event to suffer from the affects of trauma. Even “Little Ts” can rob us of our full quality of life and “Big Ts” can devastate us.

Once we recognize this, we can change it through self help, the help of loved ones and even professional help if needed and reclaim the joy and full life we deserve.