I wrote a long time ago about cognitive bias and confirmation bias and its effects on the Trayvon Martin Situation.

After painfully watching the killing of George Floyd by the Minneapolis police department in the shadow of other killings of unarmed Black men, it’s time to revisit why this keeps happening.

In the case of George Floyd, we need to explore why a police officer (Derek Chauvin) kneeling on a restrained persons neck who is complaining of not being able to breath and literally begging for his life, showed no restraint, empathy or mercy as he continued to block off the man’s air and blood flow until he died. Or why his fellow officers ( Thomas Lane, Tou Thao and J. Alexander Kueng)  would stand by and allow it to happen without question.

I don’t believe that all of these officers and people involved in other shootings of unarmed Black people are racist, but I do believe that they were indeed highly influenced by racial bias.

Black male citizens are 21 more times likely to be killed by law enforcement compared to White male citizens according to a ProPublica analysis of federal data on police shootings. This suggest that in these deadly encounters, some sort of racial bias is present and this racial bias extends beyond law enforcement and into the community in general. Meaning, that even civilians seem to believe that Black lives matter less than White lives and it’s not due to outright racism in most cases, but subconscious prejudices.

Racial bias starts at a very young for Black children. In studies conducted by Goff, Jackson, Di Leone, Culotta and DiTomaso (2014) where undergraduate students and law enforcement officers were instructed to evaluate and estimate the age and culpability for their actions of Black, White and Latino children, participates consistently judged Black boys to be older by an average of 4.53 and 4.59 years compared to their same aged White counterparts. Therefore, those Black children were seen to be more adult-like and thus the severity of their punishment should be harsher. This translates to the participants even agreeing that those Black children deserved more use of force by the police than same aged White children.

Think about this. If these participants saw a 14 year old as 18 or 19, they agreed that they deserved punishment legally and physically usually reserved for adults.

This comes into play when we think back to the killing of Tamir Rice, a 12-year-old black boy playing with a toy gun in the park. When the police responded and killed him nearly immediately, the officer who killed him reported that he thought Tamir was around 20 years of age. Again, if an officer was responding correctly to a 12 year old with a potential real gun he might have responded differently, but the fact that he imagined Tamir to be 8 years older, an adult with a gun, probably caused him to respond more aggressively. The color of Tamir’s skin, subconsciously to the officer, made him older, therefore more of a threat and more deserving of swift lethal force.

Blacks as Sub- and Superhuman

There is a lot of research that shows that Blacks have been dehumanized in American culture for centuries. Black people are often implicitly associated with apes. They are seen as subhuman, as anamalistic and therefore deserving of stricter legal and physical punishment and less empathy.

Blacks are also often implicitly seen as superhuman, having extraordinarily strength and able to endure more pain more compared to Whites. If law enforcement officers see Blacks, specifically young Black males as superhuman, it’s easy for them to justify uses of force and even to start developing a narrative where the Black male suspect is the villain and the officer is the superhero. Darren Wilson in his 2014 grand jury testimony about the killing of Michael Brown described Brown as if he had supernatural strength, stating that he “felt like a five-year-old holding onto Hulk Hogan”  (Calamur, 2014).

When approaching a Black male subject, even if he is unarmed, many officers may already be anticipating a fight for their life.

Blacks as Violent and Criminal Threats

Pervasive at an implicit level is the stereotype that Blacks are criminals. People who are not racist by nature, often are brainwashed by society to believe that Blacks are dangerous and cannot be trusted.

In a classic study, Duncan (1976) showed participants a scene in which one student shoved another student. The participants reported that the student shoving the other student was more violent when the shoving student was Black, compared to when he was White. Blacks as criminals also comes into play whenever a Black male is the victim of a police shooting or other unarmed attack and the media and others quickly attempt to brand the victim as a “thug” as seen in the Trayvon Martin, Jordan Davis and Ahmaud Arbery cases just to name a few.

When the police already see Black males as violent and criminals, it’s easy to make the leap to excessive use of force and deadly force. This is before (and if they ever make it to) the legal system which dishes out punishment harsher to Black males for the same reasons we’re discussing here.

Stereotypes in the Context of Shooter Bias

Stereotypes about Black males influence “shooter bias” (Cornell et al., 2007). What this means is that in shooter bias experiments where participants are asked to make quick decisions on whether to shoot or not shoot a Black or White target in a computer simulation holding a gun, a wallet, a cell phone or another non-gun object, participants were more likely to shoot a Black target holding a non-gun object than a White target holding a non-gun object. They were even more likely to hesitant (which could mean life or death) when it came to shooting White targets holding guns compared to Black targets. This is not entirely about race, but knowledge of cultural stereotypes as other studies have shown that Black participants and Black officers are just as likely to have the same shooter bias’ as White participants and White officers.

This shows that stereotypes associated with Black culture (i.e., Black men being violent, criminals, sub- or superhuman) are independent of explicit racial or prejudicial beliefs. Someone who may not be considered a racist may subconsciously respond differently to Black people in stressful situations without intentionally having ill will or bad intentions. This is one reason they will be quick to tell you that they are not racist and how many Black friends they have.

This extends beyond Law Enforcement and to society which means that if we want to change Law Enforcement’s attitudes when encountering Black civilians, Black males specifically, we also need to change the way society sees and the media portrays Black people. Simply, Black people need to be seen in a more positive light if we hope to change anything.

In the next post, we’ll discuss some possible solutions. 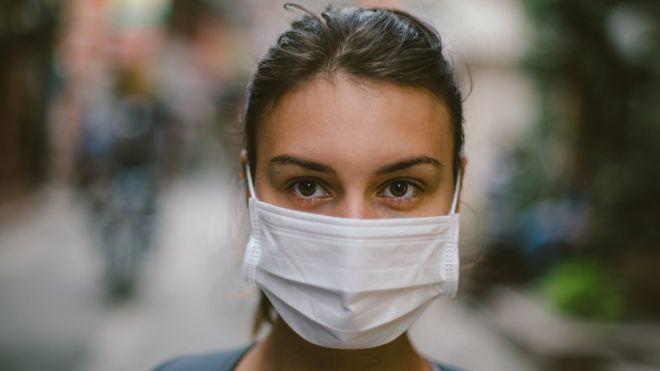 As most of the country and the world is slowly returning to normal, I have noticed that there seems to be an even deeper divide in society between those who believe we most continue to stay safe and those who believe that the pandemic has been largely blown out of proportion or even made up.

For example, at my local grocery store all employees are required to wear masks. Protective shields have been put in place to protect the cashiers and directional arrows on the floor to increase social distancing.

The more I noticed this pattern, the more it intrigued me. I surmised that those individuals who weren’t wearing masks although it has been highly recommended by our local government, are individuals who believe that the pandemic has been exaggerated and that the measurements taken to reduce the spread are unnecessary.  They believe themselves to be rebels and everyone else who are following the guidelines to be sheep who obey without question. This explains why these people also tend to be the ones not following the directional arrows as they probably believe it’s ridiculous.

These are likely the same people who are protesting for everything to open and to the end of our county wide curfew. One friend of mine who doesn’t wear a mask and is protesting for the reopening of everything is single with no loved ones to worry about. He lives alone and spends a lot of his time out in bars and restaurants. I’m sure at the height of this pandemic, the social distancing and quarantine must have felt like torture to him.

He doesn’t know anyone who has been affected by COVID-19 outside of it’s impact on employees and businesses. He, like many of the people protesting, not wearing masks, not obeying government and medical recommendations, is only worried about how this pandemic has affected him personally. He has a very myopic view, even if he hides it under the pretense of being worried about local businesses. At the end of the day he is more upset that this is making him temporarily change his lifestyle than he is about how this is impacting the health and safety of others.

Some people just aren’t very empathetic. It’s hard for them to sympathize with or even put themselves in the shoes of others if they are directly impacted.

One of my coworkers who barely got sick when she contracted the virus ended up losing an uncle to it and her mother is still in intensive care several weeks after contracting the virus.

Another friend is currently planning the funeral for her grandmother who died from the Coronavirus. People are still getting infected and dying despite the good news that the spread is on the decline.

I have friends in healthcare who are treating patients with the virus, many who have died and these friends think that the people who are protesting for reopening and not wearing mask are ignorant and are risking others lives out of selfishness.

There are always going to be opposing views to any situation, but I can’t help but to think that if my friend and others who are protesting had friends or family who battled this virus, that if it hit home and wasn’t just something they heard about through the media, then maybe they would think differently. Maybe they would be more patient, cautious and less selfish.

I do think things need to slowly start going back to normal, but safely with social distancing and safe practices in place. We are all in this together and we have to come out of it together.