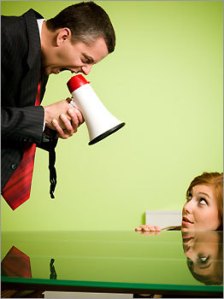 A lot of times when I am working with people with anger problems, I realize that two of the main sources of their anger come from either the need to control other people and fear.

Anger and fear are part of our natural flight or flight responses. The problem is, we are genetically geared to survive real threats that our ancestors who had to deal with threats to their lives on a daily basis were designed for. Today we don’t have to constantly worry about getting attacked by a leopard or the tribe across the river attacking us, and so our mind often generates fear and anger even when it is unnecessary or the threat is just imagined.

Anger in it’s self is not a bad emotion and can actually motivate people to make changes for themselves and their environment. The Civil Rights leaders in our recent history were angry and so they marched, protested and boycotted to make changes. Anger can make you write a letter voicing your disappointment in a company’s costumer service department or make you search for a new job instead of taking the abuse from a harsh boss. It can make you leave a bad situation, stand up for something you believe or protest against something you don’t.

However, anger can be destructive if it’s not dealt with in a healthy way which is when people run into problems.

Most of my clients with anger problems, once they get to the point where they can verbalize and dissect where their anger is coming from, are actually afraid. They are afraid of losing control, being taken advantage of, being ignored, etc. Take a client of mine who got into a fight while standing in line at a burger joint when he felt someone had blatantly skipped him. Does it make since for a grown man to get in a fight over a $5 hamburger because he had to wait an extra two minutes? Was it worth him going to jail and having to take anger management classes? Of course not, but to him at the time it was. He was eventually able to tell me that the reason he got so angry so quickly is because when he got skipped it made him afraid that he was invisible, that he would be seen as weak, and that he wouldn’t be respected. His fear is what made him so angry and caused him to act in an irrational way. At the same time, his need to be respected caused him to want to control the situation by making the other other person respect him and beating him up until he did.

Often times clients tell me, “She ignored me so I hit her”, “He came home late so I burnt his favorite shirt”, “He didn’t say excuse me when he brushed my shoulder so I had to push him”. All of these statements show both fear and control. Fear of being ignored, fear of being cheated on or left by a spouse and fear of being disrespected. They also show the desire to control the other person, to make them pay attention, come home on time and say “excuse me.” The problem is, we can’t control other people, just ourselves. The desire to control other people will always end up stressing us out, making us angry and causing us to act in irrational ways.

Another example is the constant wars that are waged across the world. People are afraid of losing their religion or xenophobia (the fear of people different from you), and will fight and kill out of that fear and the desire to control other people by either making them convert, conform or leave a region.

Lastly, a client of mine and her teenage daughter got into a very big fight after she found her daughters diary and read it. She didn’t like what she read in her daughter’s diary and decided to confront and punish her for the contents of her diary. Now nothing in that diary was life threatening or even “bad”, they were just her daughter expressing how she really felt about her mother and some of the things her mother did. I felt it was wrong 1) for the mother to have read the diary and 2) for her to try to punish her daughter for her private thoughts. Eventually the mother expressed to me that she felt like she had little control over anything in her life except her daughter, and she was terrified of losing control over her daughter. That need for control was actually pushing her daughter further away as well as causing the mother all kinds of anxiety and anger issues.

We have to understand that the only people we can control is ourselves and that if we can’t change a situation, we have to change the way we think about it. Wasting our time trying to change other people or change a situation instead of changing the way we think about it or removing ourselves from it, will only cause us to develop angry feelings as we try to control what we cant.

7 thoughts on “The Relationship Between Anger, Control and Fear”