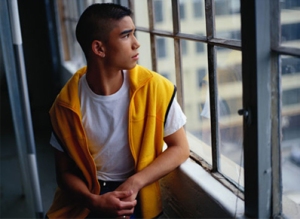 I’ve probably mentioned about a dozen times that the high school I work at is in an inner-city area. It’s not the worst area in the world or perhaps even in the city, but it is a place where poverty, drugs and violence are considered normal.

Just four days into the school year after our school became the first high school in the county to require school colored uniforms to cut down on the large amount of gang activity at school, we’ve already had our first student shot.

A young man got into a fight right across the street from the school and was shot, luckily for him it was only in the leg. According to the news he is being uncooperative with the police as far as giving details about his shooter, which leads me to believe that this is likely gang related.

This happened on the same day that Tyrone Mosby (19)

was arrested for killing

Danielle Sampson (15) when a bullet from a drive by shooting found it’s way to the back of her head as she road home from church with her family.

There are a lot of good kids that grow up in that community and that go to the high school, but many of them from the time they were born were dealt a cruel hand that had them almost destined to stay in poverty, be involved in the criminal justice system or headed towards an early grave.

The culture that keeps them at a disadvantage is so intrinsic that it’s often hard for them to see a better life for themselves. Many of them can’t imagine living life any different than from what they know. They grow up in poverty, their parents grew up in poverty and their grandparents likely also grew up in poverty. Everyone around them is either involved in criminal behavior, uneducated, unemployed and or/abuses drugs. They are exposed to all these things and more at a very early age and so psychologically they start to believe that they will be no better (and often don’t want to be much different) than anyone else in their community and thus act in ways that nearly guarantee that they won’t.

Young boys join gangs, start stealing, robbing and even killing. Young girls do much of the same with the addition of getting pregnant and giving birth to more young people who may be cursed from birth to repeat the cycle.

My program focuses on reaching the kids many thought were unreachable. The angry kids, the kids who are using drugs or have given up on school and sometimes life. Often times I lose kids to dropping out or the juvenile justice system and when crimes like the ones I’ve mentioned aren’t rare or even shocking, but “normal”, it’s easy to start wondering how effective not only am I, but also the school and other services in the community are being.

Then I have to realize that I can’t save every kid I come in contact with as much as I would like to. They all have their own lives, their own minds and will ultimately do what ever it is they want to do. I only have them for a very small amount of time during the week and often that doesn’t compare to the impact their family and community, where they spent most of their time, has on them.

I have to remind myself that it’s not about saving everyone, but about trying to save one kid at a time.