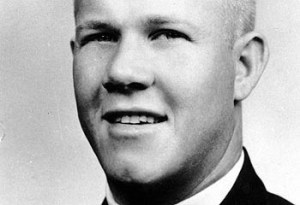 As the nation and the world continues to mourn for the victims of the Sandy Hook shootings and for Newtown, Connecticut altogether,

we are finally having some extensive and serious dialogue about gun control and mental illness.

It usually takes something like this to happen before people talk about these issues, but something I was thinking about was the continued argument I have been hearing about banning assault rifles as if that alone will stop mass murders from happening.

I don’t necessarily want to get into that argument, but it made me think about people like Timothy McVeigh who used racing fuel, fertilizer and a rental truck to blow up a building and kill 168 people including children attending daycare.

It also made me think about one of the earlier, popular mass murders on a school or college campus done by Charles Whitman at the University of Texas in Austin on August 1, 1966.

Leading up to the shooting, Charles Whitman had been suffering from tremendous headaches, health problems and abusing amphetamines.

The day before his rampage he begin writing his suicide letter which included:

I do not quite understand what it is that compels me to type this letter. Perhaps it is to leave some vague reason for the actions I have recently performed. I do not really understand myself these days. I am supposed to be an average reasonable and intelligent young man. However, lately (I cannot recall when it started) I have been a victim of many unusual and irrational thoughts.

Around midnight the next day he drove to his mother’s house and killed her, stabbing her in the heart and leaving a letter saying that he loved her. Apparently he wanted to rid his mother of the troubles of the world.

He then drove home and stabbed his wife three times in the heart while she slept and finished writing his suicide note including saying:

“I imagine it appears that I brutally killed both of my loved ones. I was only trying to do a quick thorough job […] If my life insurance policy is valid please pay off my debts […] donate the rest anonymously to a mental health foundation. Maybe research can prevent further tragedies of this type.”

He requested an autopsy be done to see if there was an organic reason for his terrible headaches and increased irrational and disturbing thoughts. Thoughts he said he couldn’t take any more.

He then prepared for his rampage and went to the University of Texas at Austin with weapons that included two rifles, a shot gun, a hand gun, a machete and some knifes. He shot several people before reaching his destination, which was the observation deck on a tower on campus.

From there he would shoot and kill 14 people while injuring 32. An autopsy would reveal a highly aggressive and fatal brain tumor that would have likely killed him within the year.

This tumor no doubt was responsible for his irrational thoughts and violent impulses.

Before the murders, Whitman did seek help for his headaches and violent thoughts and impulses from no less than five doctors, including a psychiatrist he visited once and said of the psychiatrist:

“I talked with a Doctor once for about two hours and tried to convey to him my fears that I felt come (sic) overwhelming violent impulses. After one visit, I never saw the Doctor again, and since then have been fighting my mental turmoil alone, and seemingly to no avail.

Medical records released from Dr. Heatly, the psychiatrist he saw only once say:

“This massive, muscular youth seemed to be oozing with hostility […] that something seemed to be happening to him and that he didn’t seem to be himself.”

“He readily admits having overwhelming periods of hostility with a very minimum of provocation. Repeated inquiries attempting to analyze his exact experiences were not too successful with the exception of his vivid reference to ‘thinking about going up on the tower with a deer rifle and start shooting people’.”

The above statement is chilling because that’s exactly what he ended up doing. If he would have been involuntarily hospitalized then for homicidal thoughts, maybe all of those people would have been alive to see another day.

Sometimes trying to find the origin of mental issues is difficult, but it seems like Whitman at least tried and was failed by his doctors (or maybe just the victim of the period of time he was living in).

There are no doubt evil people in the world who commit mass murder like the one at Sandy Hook, but I think for the most part, people who decide to commit mass murder, have underlying emotional/psychiatric problems, that if caught and treated early enough, could prevent such senseless tragedies.

The tragedy at Sandy Hook and the many more before it have no doubt brought us to a place where we will change the way we do everything from protecting our schools, to protecting our communities from guns and those with mental issues that need to be kept safe from others and themselves.

I just hope that as we grief and eventually heal as a nation, that the talks about reform don’t die down until the next tragedy rips us out of our false sense of security and throws us back into outrage and panic.

wellnesswarrior4health.wordpress.com/
A Skirt on the Mat