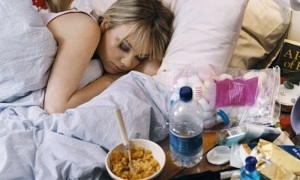 The other day while counseling a fifteen year old boy with very little motivation, failing grades and a poor attitude that is driving his mother crazy, I found myself thinking, how can I motivate him to care about his life and future.

I realized immediately after I had that thought that I was making a critical error in my thinking, one that millions of parents make every single day. I was trying to figure out a way to motivate this young man, to make him want to change, when in actuality, we can’t make anyone change.

The subject of change is a very interesting one, as we all change multiple times throughout our lives and usually know when change is needed, but when it comes to working with adolescents, they often seem unwilling to change even when we as adults know that making a change for the better would be beneficial to them.

This young man’s mother had tried many different things to make him change, including giving him incentives like allowances or extra time playing his video games, to punishments such as taking away privileges and scolding him.

She has made the same mistakes that many parents make.

Think about the high recidivism rate among criminals or the way countries like Cuba and North Korea seem to thumb their noses at the world even in the face of increased sanctions. External consequences, positive or negative, rarely work.

If you have been trying punishments or rewards with your adolescent and aren’t getting the results you were hoping for, it’s time to start thinking about doing something different.

Talking Sense Into Them

Another thing parents often do that can backfire is that they hound their adolescent, trying to lecture them into change. Usually it’s with good intent, but lectures can actually have the opposite effect of what they were intended to do.

When parents lecture their teens, they tell them how smart they are, how talented they are, etc., yet if the teen doesn’t believe this about him or herself, they are usually going to think that their parents either:

Think about listening to a motivational speech. They usually motivate you for a short while or they demotivate you, making you feel incapable of accomplishing what you are being told you can.

These external influences work even less if the teen is already unmotivated, overwhelmed, disheartened, demoralized or anxious in the first place when it comes to school and/or their future.

Instead of lecturing, it’s good to listen more to what your adolescent values, feels and thinks about themselves and what they want. By listening more, you will learn and understand your teenager better so that when you do talk to them, you won’t come off as  patronizing.

You Can’t Motivate Anyone or Make Anyone Change

Over the years I’ve helped many adolescents change, stop using drugs, start making better grades and even graduate and go off to college, but I can’t say I motivated or changed any of them.

I know that what is going to motivate the young man I am working with, just like the teens I’ve helped in the past,  isn’t going to come from me. I know that I can only help to facilitate change and motivation, but I can not make him change or to become motivated.

Like most parents, his mom thought that she could motivate him to change. That if he got motivated, he would do the work, but that is not how motivation tends to work.

Think about when you are cleaning your house or trying to lose weight.

You may “feel” motivated to clean or lose weight, but usually once you see the house start looking a little cleaner, or the weight falling off, you get motivated to continue. That’s where the bulk of the motivation comes from. We do something and then get motivated.

Your teenager may not be motivated to study, but if he or she sees their grades go up from studying, they will probably become motivated to continue studying.

So I know that I can’t motivate this young man and his mom had been trying unsuccessfully for years to motivate him. What we can do however is to try getting him to do something different that will hopefully inspire motivation from within.

Parents often waste a lot of time trying to get their teenagers to change the way they think, and I too often do the same as part of cognitive behavioral therapy, but when it comes to motivation, this isn’t usually the most effective way to bring about change. Instead, what we want to do is try to change their behavior, at least to get the desired behavior started in hopes that doing something different will elicit motivation and thus change the way they think.

You never know where motivation is going to come from.

I once asked a teenager to try to study for one hour a day and one hour only (he had been studying none at all). By studying one hour a day, he managed to get a “C” on an exam when he had gotten “D’s” and “F’s” on all previous exams. His teacher then complimented him on his “C” and so did a girl he liked. He then started studying more than an hour a week and his grades rose to “A’s” and “B’s”.

His parents were elated at my “ability to motivate” their son, but I knew that all I did was move him in the direction of the desired behavior and the motivation came from himself and his world. Once he saw the results of his behavior, the motivation followed.

It’s important to have the type of relationship with your teen that encourages motivation. We’ll discuss more of that in part two as well as understanding change and the conditions that facilitate change in teenagers.