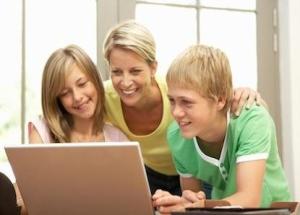 I recently watched an episode of Dr. Phil where a mother thought her 15 year old daughter was a popular teen and earning good grades. This mom thought she had the perfect teen, until one day her daughter disappeared and was found days later by the police.

Only then did her mother find out that this teen had not only recently witnessed a murder, but that the life she actually lived was is stark contrast to the life her parents believed she was living.

In reality, their daughter was not this popular teenager with good grades, but she was a drug using, bullied teen who was meeting and sleeping with older men she would meet online on a regular basis. Some were more than twice her age and married. One even committed suicide and she was the one who found his body.

This reality, was nothing that her mother could  ever imagine her daughter going through.

This got me to thinking about a lot of the teens I work with and how their reality often totally differs from the their parents perspectives.

As a matter of fact, I was so alarmed at the amount of teenage girls who told me that they were having sex after school (while they were supposed to be in drama or band) in an unsupervised location on campus, that I went to multiple school administrators and school resource officers to crack down on the number of teens on campus unsupervised after school.

Here you have parents thinking their child is staying after school to rehearse for a play, yet they are having sex in a storage closet, or leaving campus altogether to have sex or use drugs, but returning to campus later to be picked up by their parents who have the slightest idea of what is really going on in their teens lives.

I’ve sat down with numerous parents who were stunned to find out that their kid was failing multiple classes, missing dozens of unexcused days from school or wasn’t actually in the school play she had been supposedly staying after school for everyday for the past two months.

Teens will be teens, and most of these parents I spoke with took it for granted that they had “good kids” so they rarely checked on them or monitored their activities. They just assumed that they were always doing the right things.

On the Dr. Phil show, he drew the contrast between this young girls realty and her parents’ perspective:

Monitoring your teen means asking questions. It means knowing where they are, who they are with, what they are doing and what time they will be back home. It also means having them check in regularly. Your teen may not like this, but over time they will grow accustomed to it if it is consistent and they know what to expect.

This is especially important when your teen starts getting involved with more activities outside of the home including school activities. Many parents think that as long as their child is at school they are safe and being monitored, but that often is not the case. After school activities can create time and opportunity for teens to get themselves into trouble.

If your teen stays after school for an activity, drop in every now and then to make sure they are where they said they will be.

You don’t have to make it obvious. Maybe bring them a snack or genuinely be interested in whatever the activity they are involved in. The same goes for school. If you can’t drop in every now and then to make sure they are at school, most schools  have websites just for parents where you can monitor your child’s attendance, grades and assignments.

Monitoring your teen is about communication and respect on both ends. Here are a few tips:

There is much more that could be added to this list, but this is a good start. Most parents will add their own tailored made to their child.

We all did things as teenagers that make us uncomfortable to think about today, but we are glad that we came out relatively un-scathed. Monitoring your teen so that your perspective matches closely with their reality will hopefully help your teen avoid some of those unnecessary situations, some of which can be life altering and deadly.