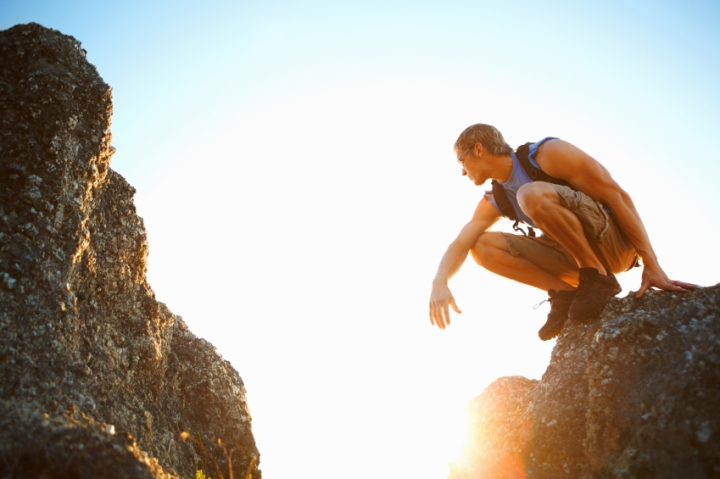 Life is beautiful. There is no doubt about that, but life can also be hard. Sometimes we make it even harder by refusing to accept its harsh realities. We can even create our own little fantasy worlds to try to protect ourselves, but embracing these five harsh realities about life can make us stronger and help us live more authentically.

1. Everyone Is Going To Die

I know this isn’t a pleasant subject, but it’s a fact. Everyone, including you and everyone you love are going to die. When my uncle passed away at age 65, I thought for sure my dad would at least live to be 65. That gave me many more years to improve our relationship and get closer. A couple of weeks later he got hit by a truck and was left in a coma for 1 month before he died. People are here today and gone today. Instead of this being something to get depressed about, it should motivate us to live our lives, find purpose and cherish the people we have in our lives while we still can.

Many of us are not living the lives we’re supposed to live because we’re waiting until we feel motivated to do something. We’re waiting until we feel like doing it or until it’s the right time. It may never be the right time and we probably never will feel like doing the things we need to do so JUST DO IT! If you want to write a book, don’t wait until you feel like doing it or the book may never get written. If you have an ideal for a business, don’t wait until you have everything figured out to start working on it because you may never have everything figured out.  Most of us don’t feel like going to work in the morning, but we do because we have to. Treat your goals and dreams the same way.

Most of us have an image in our head of what the perfect partner will be like. I have been guilty of creating this fantasy partner in my head where we have this perfect relationship and that isn’t realistic. Holding on to that image too much will make anyone we are in a relationship with pale in comparison and perhaps make us appreciate them less by expecting too much. That isn’t fair. There is no perfect partner. That doesn’t mean we settle for just anything, but it means that we should expect to have to put in some work and if we are with a partner who is also willing to work with us then the relationship will become something beautiful and fulfilling even if it isn’t perfect.

Living your life, going after your dreams and goals is amazing and exciting, but it doesn’t mean it’s going to be easy. Life is going to knock you down, but you have to get back up. Don’t give up on something you want just because it doesn’t work out the first, second or fifth time! You grow from your experiences. You learn from the pain. Instead of going through something, learn to grow through it. If you’re hurting, use that pain to motivate you to get through it and come out stronger.  Living your best life isn’t easy, but it’s worth it. The alternative is not living up to your full potential and dying with so many goals, dreams and talents wasted all because you were afraid to grow through the pains of life.

This is one of those hurts of life; nothing lasts forever. We fall in love, out of love, or lose the ones we love. We’re young and then we’re old. We’re all going to die. This is life. Whenever you’re growing through something, rather it’s a break up or grieving the death of a loved one, remember that this is part of the human experience. You’re not alone. Again, use this to motivate you to live life, cherish it and appreciate it while you can. If we all lived forever, if everything lasted forever, when would we appreciate or do anything? Many people who have a terminal illness spend the last few months of their lives trying to finally live. The good thing is, we don’t have to wait until we’re dying to start living fully.

“Embrace reality, even if it burns you.” -Pierre Berge

For example, a man who grew up watching his mother bring men in and out of the house may not only define his mother as a whore, but may go on to infer that all women are whores and therefore treat every woman he comes in contact with as if she were a whore, even when she is not.

That means that this guy will never trust a woman, even if he is in the best relationship possible, he will always be looking for evidence that supports his theory that she is a whore, while almost always ignoring evidence that proves otherwise. He will always accuse her of cheating, of wanting to cheat, and will always be suspicious to the point that he will never allow himself to be happy in the relationship and will either leave after convincing himself that she is a whore or will push her away when she can’t take it any more. The sad part is, he’ll probably even then rationalize to himself that the reason she left was because she was a whore.

**On a side note: Numerous serial killers had “loose” mothers and ended up killing women that they perceived as sluts and whores (prostitutes and women they could pick up in bars) because they reminded them of their mother.***

People do this all the time and it’s largely unconcious and that is how stereotypes not only develop, but get maintained. They will assume that a particular group is lazy, or a particular sex is weak and even when they are faced with evidence that disproves this, they will still only see what they want to see.

I wasn’t going to get into the whole Richard Sherman conversation that has been going on around the country and in the media, simply because I thought it was pretty well covered. For those of you who don’t know, Richard Sherman is a professional football player for the Seattle Seahawks who in an interview two weeks ago after a big win, made some colorful statements that didn’t include any profanity, but left many in the national media and across the country, labeling him as a “thug”. Why? Because apparently after just one interview people felt like they knew Richard Sherman enough to define him as a thug. Besides, he kind of “fit the description” being that he is Black, has dreadlocks is full of testosterone and embodies everything mainstream America has defined as dangerous and “thuggish”.

This despite the fact that Richard Sherman has no criminal record, graduated from high school 2nd in his class with a 4.2 GPA and graduated from Stanford with a high GPA. The people who were calling him a thug don’t know all of this. All they know is the quick glimpse they got and felt like it was enough to define him. Even more sad is, that some of those who called him a thug who have since learned that he doesn’t qualify to be called a thug, will still consider him to be a thug because they want to place him in a box that matches their perceived reality of what and who a thug is.

Why all of this is important is because everyday we are being defined by people as broad as the media and society to as small as our coworkers and neighbors, right down to as intimate as our family and romantic partners. When you aren’t anchored in knowing who we are and who we are not, it’s easy to get confused and to even start playing into other peoples definitions and perceptions of who we are and from there, we can get lost and find it difficult to get back to “the real us”.

As adults this may seem unlikely, but it happens more often then you realize and usually without us knowing it right away. It’s even more dangerous when we talk about children who are still very early in the process of not only trying to definte themselves, but also trying to understand themselves.

For example, as a kid in elementary school I was told that boys weren’t as smart as girls. I was told that boys weren’t supposed to do good in school. So guess what? I didn’t do good in school, I did the bare minimum. I let that definition stick with me all the way until I was halfway through high school when I learned that it was “cool” for guys to be smart and then I had to unlearn that definition of myself. However, many boys get this same message passed on to them, especially boys of color in the inner-city and they never learn to redefine themselves and unlearn that message. The damage may be so detrimental that they may never learn to redefinte themselves.

I used to tell the inner-city teenagers I worked with that it was absolutely paramount that they define themselves and know themselves because if they didn’t, society would come up with a definition for them and if they didn’t know better, they would unwittingly settle into the role that was laid out for them. Society would see them as thugs, as whores, as future leeches of society and would treat them that way if they didn’t define themselves and stand strong in knowing who they are despite the pressures around them to be what other people want them to be.

Some teenage girls I worked with wanted to go to college, or graduate from high school, but no one else in their family did so they often weren’t supported, sometimes even encouraged to drop out so they could work or baby sit their mothers (or sisters, or cousins) kids. They were even told that they wouldn’t be anything because no one else in their family was. These girls had to remain strong and learn to define themselves and their reality, despite the pressures to succumb to everyone elses definition of who they were and who they were going to be.

People will tell you over and over again who they think you are. Some will say it blatantly, most will do it subjectively, but if you allow it, it will slowly and surely start to move you away from your center, from your core definition of who you are and move you further into someone elses perceived reality of what they think you are instead of your reality of who you really are.

I included a TEDs talk by Tony Porter called A Call To Men because he talks about how men are forced into a box, the same box that society has tried to force me and most men into. It is generally ten times easier to just go along with other peoples definition of who they think you are and should be then to actually go against the grain and stand strong in your self definiton.