The other night I happened to catch a television reunion of the reality show Love & Hip Hop Atlanta.

I stared at the screen in not so much as shock as pity as I watched four different women vie for the love and affection of two guys who treated them more as if they women were merely whores, and the guys were their pimps.

The guys seemed to think the heartache and embarrassment they caused these women by their ongoing cheating, lies and manipulations were funny, while the women basically said that no matter how bad they were being treated, they weren’t going to leave their “man”.

To me, none of these were reasons to stay with a man who obviously saw them as being little more than sexual toys to be used and abused.

Still, this got me to thinking.

Working with teenage girls I am always keenly aware of some of the internal conscious and unconscious motivations that effect their decisions, especially in relation to dating, sex, and self-esteem.

As a girl learns about sex, she is also learning about other things such as giving and receiving affection, self-worth and what she means to others.

“I learned about sex from my dad. I never had a chance for my first time with my boyfriend. Who knows, maybe I [would have] wanted to wait until I got married. But no, I never got to have that chance. I don’t even remember the first time… I feel it ruined my life.”  -Anonymous Teenage Girl, Young Poor and Pregnant: The Psychology of Teenage Motherhood by Judith Music

Shame, fear and guilt are also valuable lessons, as they will (if she is fortunate) help her learn how to keep herself from situations and feelings that may be too painful for her to deal with physically or emotionally.

When these life lessons are learned and experienced in ways that inappropriately shape her sexuality developmentally, they are likely to have far reaching consequences through out her life in the way she perceives her world and those in it.

This effects such a major part of who she is that it also effects who she thinks she can become, what she is capable of and her ability to show and receive love as well as her ability to take control of her destiny.

For girls who grow up in disadvantaged situations, inappropriate sexual socialization is usually the final breaking point to other risk factors such as poverty, unstable family environment, fatherlessness and lack of appropriate nurturing, that already have made this girl vulnerable to men (and teenage boys) looking to exploit her.

This added with social isolation from other people (outside of her family and community) and institutions, becomes a recipe for disaster (often disadvantaged girls are only exposed to people in their immediate communities where important social services are either absent or insufficient).

Social isolation and psychological vulnerability mean that many disadvantaged young women will be controlled by their relations to men not only in the bedroom, but also in the classroom, the street and eventually even the work environment.

“The adolescent female’s sense of self in relation to males is the internal representation of her past experiences with men and- perhaps equally important- of her mother’s roles and relationships to those and other men.”  -Judith Musick

It’s sad to see teenage girls who grow up with a damaged sense of self because of their past relationships to men either directly or vicariously.

These young girls often turn into teen mothers, get stuck in poverty, abused by men, single mothers with a multitude of children by different fathers, abuse drugs, or get caught up in one of various avenues of the sex world such as prostitution.

It’s important that we protect these young girls as much as possible from being exploited and abused, physically and mentally. It is also important that we help build their self-esteems, educate them and teach them the their value is priceless and doesn’t depend on a boy’s, a man’s, or anyone else opinion of her. 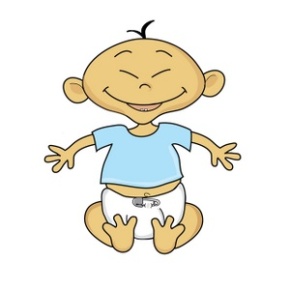 I’m a strong proponent of the “there are no stupid questions” rule (in most cases), but can I propose that there are stupid statements?

I explained to her that it doesn’t work like that and tried to give her a crash course in human reproduction, but she quickly dismissed me, saying that she had a cousin who did it before (the cousin was probably never pregnant the first time to begin with, but that’s another story). I was so appalled that I could’t even debate with her because apparently she knew more than I did. It just made me more concerned about our youth and our future!

I took the liberty of researching her absurd question and was shocked to find that many people have asked the same question on forums such as yahoo answers! Not only that, but they asked such questions such as, “Does swallowing semen change the baby’s DNA?” ! What is wrong with these people? I know part of the problem is that we took sex education out of schools, so now we have a whole generation of children being raised not knowing the basics of human reproduction, human sexuality and anatomy and they will soon be raising and educating kids of their own! Scary! They’re not even concerned with real things that can “change” a baby’s DNA such as the mother’s diet and toxins such as smoking cigarette’s while pregnant. These things can alter DNA and make a child more prone to things like asthma, obesity, illnesses and allergies, but they nor can anything else turn “Mike’s baby” into “John’s baby” just because the mother and “Mike” no longer are together.

Few things scare me more than the state of our children and our future and the fact that they think they know everything when they at times don’t seem to understand the essentials of life.