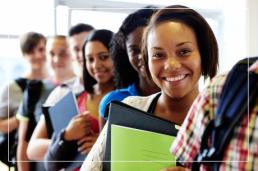 Before I could comment, the African-American girl in the group (she’s about copper complected) quickly agreed with her (although her current boyfriend is deep chestnut complected), that she too wanted light-skinned babies.

I then turned to the the Asian-Haitian-American girl and asked her if she too wanted to have light-skinned children. She replied with the sensible answer, that she didn’t care how her kids came out. The other two girls quickly jumped in and said, “That’s because she is already light-skinned.”

I was shocked by their statements. Not because it was the first time I had ever heard Black teens make that comment, but because just on Sunday night I had watched CNN’s Who is Black in America with Soledad O’Brien, which explored colorism and identity in the Black community.

These were more the exception than the rule, but a common enough trend to cause deep contemplating for not only Black people, but other people of color and those who teach, counsel or mentor people of color.

After watching that thought provoking show, I was a bit alarmed to have two of my teenage students basically say, “I don’t like my complexion and don’t want to have kids that look like me.”

I could go into the many different theories behind this sort of thinking, including brainwashing by the media, European standards of beauty and what is called Post Traumatic Slave Syndrome, but those are all too extensive topics to cover here.

My main concern, is the affects this type of thinking has on these teenage girls self-esteem, self-value and self-worth. 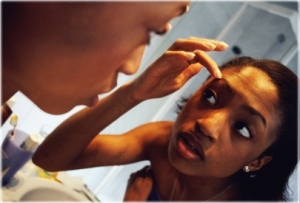 When Black girls make comments like, “I want to have a light-skinned baby”, they are basically consciously or subconsciously rejecting vital parts of their self and their identity.

What they are saying at the most basic level is, “I don’t like my skin color, it is undesirable. I don’t like my hair, it is ugly. I want to make sure that my child comes out with lighter skin so that they will be prettier and better than I am.”

There is no way that a person with this type of latent thinking, can truly feel good about herself, her family or those that look like her.

This is a form of self-hate that she probably isn’t even aware she is influenced by, yet it shows up daily in her life through automatic thoughts, the way she feels about herself and the way she interacts with her world.

Black males are also affected by this.

Many Black males, especially athletes, entertainers and rappers quickly gravitate to and praise lighter skinned Black women, White women or women of other races. This sends a message to both young Black boys and girls.

It’s sickening to me because most of these people are operating subconsciously under the influences of our countries painful history of racism. They have been brainwashed and don’t even know it.

It is hard for a people to feel good about themselves collectively, succeed collectively and grow collectively when there are so many of us that don’t feel comfortable in our own skin.

I believe this causes an increase in a multitude of issues including academic problems, violence, substance abuse and mental illness. 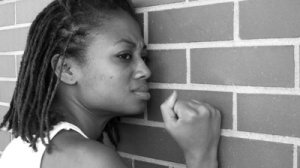 Colorism doesn’t only affect Black people, but most people of color around the world who are influenced by European standards.

There have been many studies on the length some Hispanic cultures have gone through to guarantee that darker genes don’t enter (contaminate) their gene pool, so much so, that some families insisted on cousins marrying cousins.

In Brazil, before the rise of a pro Afro-Brazilian movement, many Black Brazilians didn’t identify as Black, and preferred to be identified as mulatto. Brazil even went through a period of “White washing” a few decades ago where the government was afraid that Brazilians were too African/dark-skinned and aggressively urged Europeans to migrate to the country to help lighten the face of Brazil.

Being identified as Black, around the world, has a very negative connotation behind it and many people try to escape that by denying they are Black all together if possible, preferring to be called Latino, Dominican, Puerto Rican, or whatever their nationality, despite their obvious African heritage.

In America, at least in the Black community, we seem to have to face and deal with colorism more often, most likely because we are only about 13% of the population and have such a long history of racism and prejudice.

This post is not about race, but it’s about how this type of thinking negatively affects many aspects of these girls lives.

I will continue working with these girls on accepting and loving themselves and plan on showing them this video (below) during our next group session, in hopes that it will help open up their eyes to some of the subliminal messages they have been receiving about themselves.

The video is only about ten minutes, if you have the time, take a look at it and tell me what you think. It talks about the Clark Doll Experiment, but it goes deeper with a personal touch.

30 thoughts on “I Want To Have A Light-Skinned Baby: The Affects Of Colorism On Black Adolescent Females”