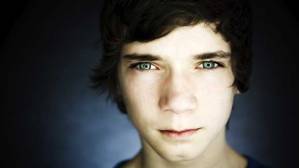 I’ve been working with a fifteen year old male for the past few months who has been diagnosed with Attention Deficit/Hyper Activity Disorder (ADHD) and Oppositional Defiant Disorder (ODD).

He was referred to me because his mother was frustrated with his behavior. He was argumentative, physically aggressive, disobeyed rules and punching holes in his bedroom walls.

After a few sessions his physical aggression and property damage pretty much stopped, but he still had major problems following home and school rules and basically disobeyed his mother repeatedly, although not as violently as before.

His mother, was pleased about the decrease in aggression, but she was still frustrated with the fact that she had to repeatedly ask him to do his chores and often he would blatantly refuse to do anything until he was ready, which was usually never or until his mother was red in the face and hoarse from yelling at him.

It was during an exercise I was doing with him about the impact of his behavior on others, that I realized that part of his problem, besides his diagnoses of ADHD and ODD, is that he lacks empathy. He doesn’t really understand how his behavior impacts other people, especially his family. I had him list certain incidents where he got in trouble, and he wrote things like, “I didn’t do my chores”, “I stayed out past my curfew” and “I didn’t wake up on time for school”. When I then asked him to tell me how his behavior impacted his mother, his sister and/or his father, he replied “I don’t think it did” despite the fact that all those things had everyone in his family upset with him.

It became clear to me that in order to help change his disruptive behavior, I had to also teach him how to be empathetic.

Many people in the scientific community believe that teens lack the ability to be empathetic because the part of the brain that allows us to have empathy for others, the medial prefrontal cortex, is not fully activity in the teenage brain. Adults are much better at analyzing how their decisions will affect themselves as well as other people, which explains why some teens (and adults with empathy problems) make some very stupid decisions with little thought to how their decision will impact other people.

Research also shows that teenagers tend to have a harder time with, and take longer to recognize emotions expressed on other peoples faces.

Developmentally, adolescence are at a stage where things are largely about them, they are very self-centered and so empathy isn’t their strong suit. Yet, I know there are many empathetic teens, I see and work with them everyday. It is true that many teens have a hard time empathizing and the internet probably isn’t helping, as we can go to YouTube or a number of other sites and see people getting beat up, falling, or in a number of other uncomfortable, embarrassing situations, and view it as entertainment, instead of empathizing with the person. It’s possible that being exposed to those videos and images overtime, deadens our ability to be empathetic by desensitizing our neural circuits and this may spill out from the virtual world to real life.

The good news is, empathy can and should be taught. The younger, the better, but it’s never too late

Some Ways You Can Teach Empathy To Your Child

Teaching your child how to be empathetic, is like turning their mirrors into windows, where they can look out beyond themselves and put themselves in other  peoples positions  It’s also good to give your children opportunities to show empathy and to give through volunteering, helping a neighbor, etc. Children who are empathetic tend to develop into better adjusted adults with less interpersonal problems than children who aren’t empathetic, and tend to have multiple issues relating to other people, including bullying, antisocial traits and cruelty to animals.

6 thoughts on “Does Your Teen Lack Empathy?”