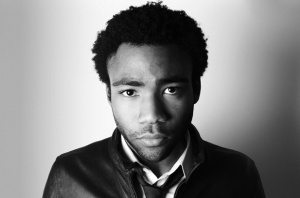 I know Donald Glover more for his music. He’s a rapper and goes by the name Childish Gambino, but he’s not just any rapper. In my opinion he is a lyrical genius and generally writes lyrics that are controversial and thought-provoking at the same time. His music, for the most part has a sense of depth to it which separates real artists from those who think they are real artists.

Most people however know Donald Glover from his work as a writer on the NBC hit 30 Rock as well as his character Troy on the NBC show Community which he recently left, some say to pursue his rap career. He’s also a talented comedian and only 30 years old.

Recently, Glover set the social world ablaze when he went diary like on his Instagram account on October 14th, revealing some intimate and honest feelings about his inner most fears which include fears over disappointing his fans, his career and his love life.

On a piece of hotel stationery he wrote:

On one hand, this freeing of emotions, this type of introspection is heroic.

Celebrities, especially Donald Glover, often times come off as shallow, narcissistic, and ego-maniacs. It’s refreshing to hear a celebrity express his fears. It humanizes them and reminds us that we have much more in common with each other than we may realize.

This sort of expression is good for the person too, it’s a catharsis and can help us not only think about what we are doing and where we are going, but also helps us bring balance back into our lives. The release of emotion is generally the mind and body trying to get back to a sense of balance when we feel out of balance.

However, there are times when this type of expression, especially when made as public as Donald Glover’s was, is a cry for help. A sign that someone is dealing with more mental angst, anxiety and/or depression than they may believe they can handle so they are putting it all out there in hopes that if the action alone doesn’t bring about a sense of relief, then hopefully it will gain the attention of people willing to help them get back into a state of balance and peace. 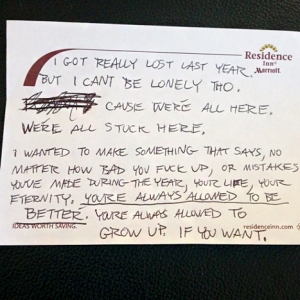 Some of his fans even feared that this could be a type of suicide note for now or in the future, and while I don’t believe it is, I can see where they could get that from. We’ve lost enough young celebrities this year to know that many have no overt signs of suicidal tendencies and the ones they did have were often overlooked or ignored. I would hate for this to be another one.

If I were someone close to Donald Glover, his friend, his family, even his business partner, I would definitely use this as an opportunity to reach out to him to make sure that he is okay. Chances are he is fine. Artist, depression and anxiety often go hand in hand. There’s been many studies and books written on manic depression and creativity and how depression, anxiety and even mania can spark creativity and yet sabotage the artist by overwhelming them.

Look at how many artists, musicians, and actors have killed themselves either purposely or through drugs and alcohol.

While I definitely think it’s freeing and refreshing to see an artist be so open about their fears, I think it’s also a warning sign for those closest to him to make sure that he stays balanced and doesn’t go too far unto the side of negativity and ends up ruining his life or doing something that is irreversible.

I am all about creative expression and introspection, but I also know that celebrities most often do not ask for help directly, usually do to their pride and status, yet they are just like the rest of us when it comes to dealing with our intrapsychic suffering.

One thought on “Donald Glover’s Dark Instagram Musings: Celebrity Meldown Or A Cry For Help?”