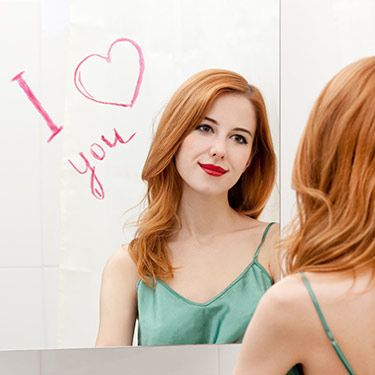 “I do not love; I do not love anybody except myself. That is a rather shocking thing to admit. I have none of the selfless love of my mother. I have none of the plodding, practical love. . . . . I am, to be blunt and concise, in love only with myself, my puny being with its small inadequate breasts and meager, thin talents. I am capable of affection for those who reflect my own world.” – Sylvia Plath

Sylvia Plath, the poet and author of the quote above was a narcissistic parent who committed perhaps the most selfish and narcissistic act of all. She killed herself by sticking her head in a gas oven while her two children were asleep in the same apartment. She did however seal off  their rooms with towels so that they would live. Why? Most likely so someone could carry on her memory and mourn for her after death.

How do you think this affected her children? Well her daughter, Freida Hughes is an English poet and painter, but she’s been married three times and is currently divorced. Her son, Nicholas Hughes, suffered from depression and hung himself in 2009.

What Is A Narcissist?

To the outside world, a narcissistic parent may appear to be the perfect example of a gentleman or a loving, supportive mother who is passionate about her kids. However, to the child of a narcissistic parent, they are living a constant nightmare of never being good enough and being constantly reminded of it.

A narcissist is someone who has an inflated sense of self-worth. This is different from what’s considered “healthy narcissism” in which you believe in yourself and your abilities in a realistic fashion. You have good self-esteem, but can empathize with other people and aren’t devastated by mistakes or criticism. Your self worth isn’t dependent on other people admiring you.

On the other hand there is “malignant narcissism”, in which the person has a very fragile sense of self that is dependent on how other people see them. These people have an unrealistic, inflated sense which they use to hide insecurities and shame. They need to be praised, admired and approved by others and are deeply hurt by criticism and honest feedback. Their relationships with others tend to be superficial as they focus mostly on how other people reflect on them with little or no care about the other persons feelings. They believe they are better than everyone else, special even, but can get very sensitive and angry when faced with critique.

For a narcissist, everything is always about them. They are extremely selfish individuals who never give recognition, gratitude or appreciation to those around them. It’s “me, me, me” all day, all the time. If they ask you, “How is your day?” and you reply, “Horrible, I just totaled my new Mustang”, they may reply, “I had a Mustang once. A 1968 convertible. Man I loved that car. Brought it brand new off the showroom floor…”. They really don’t care about you and are only looking for opportunities to talk about and inflate themselves.

Imagine growing up having this type of person as a parent? Someone who is practically incapable of loving anyone other than themselves, when as a parent, you have to give so much love to a child.

Why then would a narcissist have children?

A narcissist does not have a child for the reasons most people do. They do not have children because they want to love and nourish another person, they do so in order to create mirrors of themselves and to create an automatic relationship where they have power and control over someone.

Having control over other people is the narcissists ultimate goal. From an early age the child of a narcissist learns to realize that they exits to please their parent and to be a reflection of them.

Like any child, the children of narcissist will try to please their parent, going through great lengths of anguish and frustration to please someone who will never be pleased for long. One day, if they are lucky, they will realize that it’s the parent who is not quite right, not them.

Until then, these children learn that they are a reflection on their parent and will try to mold themselves, mentally and behaviorally into being that perfect representation their parent wants.

This creates much anxiety as the child is continuously trying to be what they are not in order to please the parent and when they fail, which they will time and time again, they are exposed to punishment that can range from physical to psychological.

These children are often mentally on edge and tormented by the unpredictable and sometimes confusing nature of the narcissistic parent. They may think over and over again that they are a failure, that something is wrong with them . The child may experience a great deal of shame and low self esteem because they don’t feel constantly loved. They are taught that they are only as good as the parent says they are and that they’ll only be loved if they are completely compliant.

Take for example a child who throws a tantrum in the store. Most parents may remove the child, redirect them, or try some other tactic to calm the child down. A narcissistic parent is likely to chastise the child by saying something like, “You’re a spoiled little brat. You always find a way to ruin my life.” Such harsh words for a narcissist are nothing, even directed at their own child.

On the other side of this poor parent-child attachment is neglect. The narcissist parent may be so self-absorbed that the child is neglected and nearly forgotten. Their needs, desires and aspiration always thrown aside for the sake of the parents’ wants and desires.

For example, a daughter going to her high school prom may have all of her desires for the dress she wants and the way she wants her hair styled cast away in favor of what her mom wants her to wear and wants her hair styled. If she doesn’t go along with this and protests, then her mother may call her an ungrateful child and refuse to help her with her big night.

Later in life, these children grow up and often develop narcissism themselves or end up in drama filled relationships with toxic partners because they grew up believing that they were bad and don’t deserve good things to happen to them. They often question if they are deserving of love.

In a healthy relationship with a healthy partner, these individuals wouldn’t know how to respond to unconditional love and would be filled with so much anxiety and discomfort. Understandably they would seek out other individuals who are emotionally unavailable, cold and critical just like the narcissistic parent they grew up with. It’s familiar and sadly, even comfortable to them.

Hopefully, through good relationships, friendships and sometimes therapy, these children are able to recover from the wombs of growing up with a narcissistic parent and not succumb to them.