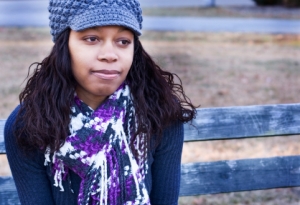 I’ve wrote a bit about how the mental health system is failing those who need it most and a lot of those people are usually poor and/or minorities.

Working in an inner-city area I’ve always been valued as a licensed mental health counselor able to diagnose and treat a wide array of mental issues and refer clients who needed more attention, testing or medication to people and places able to provide those services.

Sometimes I didn’t quite appreciate or understand the praises I got from other school administrators, faculty even clients and their families. To me I was just doing my job, but to them, at times I was seen as a hero.

It wasn’t until recently that I actually thought about this. Within the past year two crucial agencies pulled out of the school because of lack of funding. These two services provided mental health counseling to the students who needed it three days out of the week while I was there everyday. They were not licensed and generally dealt with less severe, but no less important issues.

Because these two agencies are no longer on campus, this year my case load exploded to way more then I could handle by myself, but I had no choice but to try to handle it the best I could which at times wasn’t always that great. I was overwhelmed, underpaid and under appreciated by the agency I work for, but very much appreciated by the school, students and families I served.

To make things worse, I may not be at the school after the end of this month because funding is being cut from my agency as well.

While to me it is ultra important that these kids and families receive my services, like I wrote in my previous post, it boils down to money over actual quality of care.

It was then that I started realizing that there weren’t many options for those in inner-city communities who need mental health services, largely because poor and minority people with mental illnesses are more neglected and inner-city communities receive less funding which is one reason the two agencies I mentioned above pulled out of the school I work at, they lost some of their funding.

A lot of the funding that comes for mental health servies in inner-city communities is based on grants, and grants come and go very easily, often doing great work in a community for a couple of years and then leaving them without any support.

With that being said, it’s really hard for the kids I work with and their parents to receive quality mental health services in their community.

Many of them end up getting services through the jail or prison or are involved with child protective services which is where many of them end up because they have issues such as uncontrollable behavior that haven’t been addressed, but this creates a host of other problems due to the stigma that comes with it and because it eternalizes a racial stereotype that this is where Black people end up.

However, once these people are no longer incarcerated or receiving services through child protection services, without support, most will regress back to their previous mental states and behaviors. Only about 33% of African Americans suffering from a mental illness are retrieving proper treatment.

Because of this neglect, there isn’t much research on treating minorities with mental disorders such as depression, schizophrenia, bipolar disorder, substance abuse and others conditions.

Yes, it is true that for the most part, there is little to no difference in these disorders across races or socio-economic statuses, but there are cultural and social differences that play major roles in properly treating these disorders.

African Americans have been ignored for decades when it comes to mental health. Before the 1960s, it was believed that African Americans could not get bipolar disorder or depression for example. It wasn’t until 2001 when former Surgeon General Dr. David Satcher, who is African American, released Culture, Race and Ethnicity. A Supplement to Mental Health: A Report of the Surgeon General, which brought the disparities into national light.

Working with minorities from African Americans, Haitians, Latinos and Asians, I know that culture plays a large role in who and how individuals receive mental health services.

Some cultures are very private and trying to get the whole family together for a session can be almost impossible, while others, especially African Americans, seem to be more suspicious of the mental health system in general and are more likely to stop treatment early without any follow up and to not follow through on medication recommendations.

Because of this distrust, many will turn to a friend, then their pastor, and then their general doctor before finally turning to a mental health professional for help with a disorder.

Because of all these issues, I see why my role within the school I work with is seen as so important. I am able to bond with the students and give them and their families services that they may not otherwise receive.

On top of that, I think I am helping to remove some of the stigma associated with getting help for a mental health problem.

Many of my minority clients, when I first meet with them automatically tell me that they are not going to take any medication or go to the mental hospital, as if that’s all those who work in the mental health field do, medicate people or hospitalize them.

Through getting to know me, they realize that I just want to help them get through whatever is bothering them and I have no plot to medicate them or put them in a mental hospital unless it is absolutely necessary.

One of the students told me last week when I told her I wasn’t sure if I would be back next school year that, “If you are not here, there will be more kids going crazy, more people fighting and using drugs”. That thought saddened me. I even thought about volunteering some of my time to the students if at all possible.

I am not a hero, I am really just doing my job and doing what I feel called to do, but I see that without my services being conveniently offered on campus where students and their families can easily access them, there isn’t much else around. Unlike in more oppulent areas, there aren’t any private facilities with modern technology. There’s nothing.

So yes, the mental health system is failing most people who truly need it, especially minorities and poor people who are largely ignored and underserved including teenagers just trying to survive in a violent, crime ridden neighborhood at an inner-city school that serves as their haven away from their broken homes and communities.