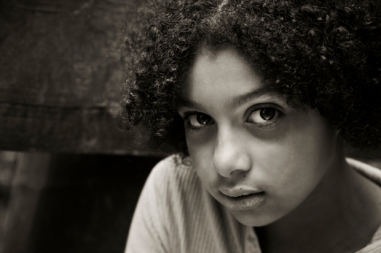 Nearly every person I’ve counseled who has been sexually abused was abused by a family member, not a stranger.

In families there is an unspoken trust, one that says we will support and protect each other, especially the children. Child abuse goes against that unspoken trust.

Perhaps that’s one of the reasons, on top of shame and fear, that victims of incest and child abuse often stay silent, making way for more abuse, even generational abuse, depression and addiction to flourish.

Child abuse is devastating and debilitating. It not only causes psychological and behavioral problems that can last a life time, but there is growing evidence that it also causes a number of physiological problems.

You would think that children would always be protected, but unfortunately in many families, the adults are too busy with their own issues such as financial problems and addictions to be effectively attentive to the children. Often, the adults are so happy that someone is “supervising” the kids that they are delighted when another relatively is spending time with them, not knowing that that relative may be molesting their child.

Often the victims of abuse I’ve worked with grew up in complex homes where they often weren’t paid attention to. Many of them were so hungry for attention that they mistook abuse for nurturing, which is another reason they didn’t tell anyone.

Another reason victims don’t talk is because they think that they are the only one being abused and if they have younger siblings, they may not say anything as a way of protecting the younger children from the victimizer.

When there is a child molester in the family, chances are he or she is molesting more than one child and may go on to molest across generations. A lot of the child abuse victims I’ve worked with only came forward when they were either in fear that a younger relative was in danger of being molested or when they found out that their fears were true and a younger relative was being molested.

It’s rare that I talk to a victim of child sexual abuse and incest and they are the only person who has ever been abused by the victimizer. Many times this is not discovered until later in adulthood when as adults they start talking with other family members. This is when they usually realize that they weren’t the only ones being abused and the extent of the nightmare is finally revealed.

One of my adult clients, let’s call her Catalina, was a victim of childhood sexual abuse and incest. She lived under perfect conditions to be molested for years by a family member.

Her mother was an alcoholic and drug addict, her father was no where to be found. Her mother also had seven kids, all of which were eventually taken from her because she couldn’t take care of them. Catalina and her six siblings ended up with their mother’s mother, their grandmother who sounds like she was a real Mother Teresa. She had a kind heart, even took in other kids and always had a house full of relatives around including Catalina’s cousin Walter.

Walter was an adult, married with two children of his own, but he came around Catalina’s grandmother’s house often to hangout with the kids.

Walter would talk to Catalina as if she were his girlfriend, although she was his cousin and prepubescent. Catalina didn’t like it, but never told anyone. He then moved on to hugging her often, always making sure his erect penis pressed against her. Eventually he moved on to showing her his penis and rubbing it against her skin.

Again, she kept this a secret because she believed it was her fault and even thought it was somewhat normal. Thankfully, it ended there, but what Catalina didn’t know and would not know until adulthood is that while Walter was molesting and grooming her, he was already molesting and sleeping with her slightly older sister Michelle.

Michelle also didn’t tell anyone about cousin Walter, but it damaged her to the point that even when Walter stopped molesting Catalina, Michelle started molesting her.

Michelle started making Catalina touch her vagina and eventually made her perform oral sex on her. Catalina knew something wasn’t right, but didn’t tell anyone, she just did as she was told. The abuse lasted for several years, ending only when Michelle started having sex with boys.

This abuse left Catalina confused. She became hypersexual and even had thoughts of molesting her little sister on several occasions. Thankfully she never did and the molestation, at least in that house ended with her.

As a teenager she was very promiscuous and was confused about her sexuality well into adulthood. Now as an adult she is riddled with relationship and trust hangups and is terrified of having and raising children. Other than that, for the most part she has turned into a pretty well-adjusted woman.

The secrecy about the molestation allowed the initial victimizer, Walter to abuse at least two children in the same household. It is likely that he abused more and probably went on to abuse other family members for years since ’til this day no one is really talking about or confronting it.

Catalina and Michelle only recently had a heart to heart where Michelle apologized to Catalina for the abuse and explained that she was doing to her what had been done to her  (Michelle) by Walter. Only then did the two realize that Walt had victimized both of them.

Some of the factors that allowed this abuse to happen besides the secrets and silence include:

Catalina’s story unfortunately echoes dozens of stories I could have told from personal experience. For more information on child sexual abuse there are many great books, but I can personally recommend No Secrets, No Lies: How Black Families Can Heal from Sexual Abuse by Robin D. Stone.

If you or someone you know needs help, please contact:

If you are in immediate danger please call 911

2 thoughts on “Shhh, Let’s Not Talk About It: How Families Are Haunted By Incest And Sexual Abuse”