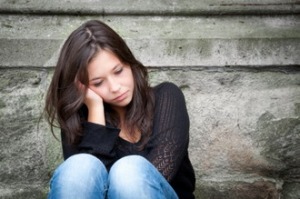 I’m highly sensitive to other people emotions and energy. I have been for probably all of my life, but it is something I have just become aware of in the past few years. I can be having a good day, feeling happy and all it can take is an interaction without someone close to me, to bring me down.

When I discovered this sensitivity, it was quite alarming. It seemed like my mood and even the way I felt about myself were dependent on how the people around me were feeling and even how they felt towards me at that moment. You can imagine the amount of stress, anxiety and uncertainty it would cause me and often times I didn’t understand why. Looking back I think I thought that they’re mood and feelings had something to do with me. It took a lot of introspection before I realized a few things:

A large part of it boiled down to control. I wanted everyone around me to be happy, to like me, to treat me the way I would treat them, and when they didn’t, I automatically assumed it was my fault and whatever joy or happiness I had would go away and turn into either self-blame, dysthymia or anger, especially when the people were close to me such as a girlfriend or close friend.

It took a long time for me to start working on not allowing other people emotions to affect mine, and honestly it is something I still struggle with on nearly a daily basis. Some days are better than others and when I do find myself losing my inner peace to someone else’s energy, I get discouraged because I know it’s not about me and that I can’t control their emotions nor should I allow them to have power over mine.

I learned however that if I beat myself up too bad for allowing someone to move me from my inner peace, I end up doing more emotional harm than good because I become negative towards myself for being “weak” or even “stupid” (negative self-talk never helps and is almost always a recipe for increased anxiety and depression).

I’m starting to realize that one way to stop giving so much power to other people over my emotions is by not expecting things from them that they can not give me, such as unconditional love, unconditional positive regard or fulfilling any of my various needs that can only be filled by me and God. By not expecting those needs to be met by others I have taken back much of my power, but still at times, it’s a struggle just like when trying to undo any bad habit physically or mentally.

Some Negatives to Being Hypersensitive

As I stated above, being hypersensitive to other people emotions makes it very easy to be affected by others emotions, usually not for the better. This can be very draining and overwhelming and can easily lead to anxiety and depression. This can cause us to withdraw so that we can process and deal with our emotions, which other people may not understand and take it negatively that we need time and space alone, especially since we live in a culture that devalues sensitivity. Lastly, hypersensitive people may have unrealistic expectations of perfectionism towards themselves (i.e., everyone is supposed to like me).

Some Positives About Being Hypersensitive

Just like most things that are negative, there are of course positive things about being hypersensitive emotionally. I think evolutionarily it helps us to pick up slight shifts in someones temperament or even the energy around us. I’ve been in rooms where everyone around me was talking, yet no one noticed the sudden shift in tension, or how someone else became emotional, angry or nervous during a certain topic. I would sometimes leave those situations knowing more about a person I didn’t even talk to just by watching the subtle changes in their expressions.

I think being hypersensitive also leads to being more creative, to being able to express ones emotions more through music, art, dance, poetry and writing for example. It also makes us more empathetic to others which in the field of mental health is a must.

Some Tips for Hypersensitive People